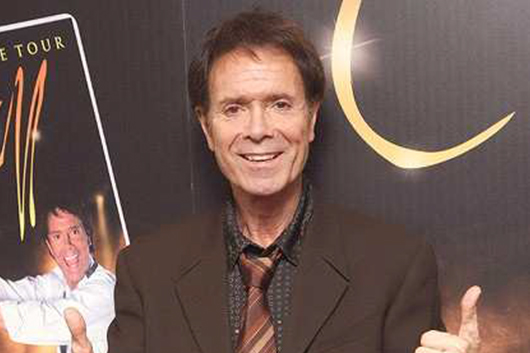 Cliff Richard celebrated his 70th birthday last month but has a physique men 30 years younger would be proud of, is still rockin’ and rollin’ at his own concerts and plays tennis regularly.

The singer follows a diet based entirely on his blood type, and has high praise for the Eat Right 4 Your Type diet, written by American natural therapist Dr Peter D’Adamo.

D’Adamo’s book on the diet features lists of foods that are either highly beneficial, neutral or should be avoided by each particular blood group type.

Those who follow the diet and lifestyle choices recommended in the book, he says, will be healthier, easily reach their ideal weight, and will slow the ageing process.

“Your blood type influences every area of your physiology on a cellular level,” he explains.

“It has everything to do with how you digest your food, your ability to respond to stress, your mental state, the efficiency of your metabolism, and the strength of your immune system.”

Richards, who is blood type A, has cut out foods including dairy, meat and wheat, in what he calls a healthy eating plan, rather than a diet.

“I can eat more now than I’ve ever eaten and I still can’t put on a pound. I do miss a good Indian curry, but if you are going to try to enhance your diet, it will mean giving up something you love to eat,”
Richards says.

“Good eating is not the only way to stay fit but you can help your body by feeding it the right food.”

D’Adamo explains that when we eat, a chemical reaction occurs between our blood and the food, which is why he believes some foods may be harmful to the cells of one blood type and beneficial to the cells of another.

He says that when food containing lectins that are incompatible with your blood type are eaten, the lectins target an organ or bodily system and clump cells there.

This clumping (agglutination) can interfere with digestion, metabolism and the immune system.

The book suggests that sticking to the diet around 70 per cent of the time should be enough for most people.

“Unless your health is very bad and every minute counts, you probably don’t need to be 100 per cent compliant all the time.”

D’Adamo says that in a self-reported study of 6617 people who followed the diet for at least a month, three out of four people (71-78 per cent) reported an improvement in their health conditions.

Weight loss was the effect most often observed, he says, but a number of reports detailed improvements in digestive function, resistance to stress, overall energy and mental clarity.

D’Adamo points out that the percentages reporting positive results were consistent across all the blood types, and stresses: “The results certainly appear to question many of the standardised ‘one size fits all’ diets.

“Genetic testing and personalised diets are now quite popular and perhaps nutrition science is catching up with The Blood Type Diet.”

But if the Eat Right 4 Your Type diet, which was first published in the USA in 1997, has such good results, why hasn’t it been adopted as best practice by medical professionals?

D’Adamo believes it’s just a matter of time. Stressing that there is “significant research” available on everything discussed in his book, he says: “Although science is starting to catch on to the idea that there is no ‘one-size fits all’ diet, I predict you’ll see a lot of changes to dietary recommendations in the next few years and a real move toward personalised nutrition programs.”

However, the British Dietetic Association (BDA) points out that weight loss, increased energy and improved health are normal benefits of any sensible eating program.

BDA spokesperson Ursula Arens says: “A lot of the blood group diet is promoting weight loss, and like many diets, it’s effective because it imposes tight rules as to what you can and can’t eat.

“Does it work – yes, but equally if I developed a diet that wasn’t based on any kind of logical science, but simply imposed tight rules, it would have the result that you lost weight.

“Being fat or being thin, and the benefits of eating meat or not eating meat etc in relation to blood groups, is not something we’ve been able to observe any real associations with.

“If you follow the diet, you will lose weight, but that isn’t scientific proof of the theory, it’s the imposition of tight rules.”

Arens points out that there are “a million diets out there” if you want to lose weight.

She adds that when it comes to energy levels, most people say they feel better when they lose weight.

Eating for your blood type